Born in post-Holocaust, communist Czechoslovakia, Silvia Fishbaum has devoted her life to the commemoration of the Holocaust and her childhood art tutor and Holocaust survivor, Ludovit Feld. She is a member of the Czech and Slovak Jewish Historical Society and is affiliated with the Holocaust museum and Tolerance Center in Glen Cove, New York. In 2012, Fishbaum was the keynote speaker at the Holocaust Memorial commemoration and the opening for the exhibition of a private collection of Ludovit Feld’s art.

“Dirty Jewess: A Woman’s Courageous Journey to Religious and Political Freedom ” is her personal story her courageous journey towards religious and political freedom, all while coming of age in post-Holocaust, communist Czechoslovakia. In “Dirty Jewess” she recalls her experience as a child of Holocaust survivors, living as a refugee in Rome, and finally realizing her dream of becoming a successful American citizen. Silvia Fishbaum’s life behind the iron curtain is a universal tale of humanity, resilience, and overcoming adversity. Of special note is that she weaves together her mother’s testimony of Auschwitz with the testimony of her childhood art tutor, Ludovit Feld (who was a victim of Mengele’s infamous experiments) to create a compelling and layered life narrative.

A critically important contribution to the growing library of Holocaust survivors personal memoirs and autobiographies, “Dirty Jewess” is especially and unreservedly recommended for both community and academic library collections, as well as the personal reading lists of both academia and non-specialist general readers with an interest in the subject.

“Heal Us O Lord: A Chaplain’s Interface With Pain” is the personal memoir of Rabbi Sidney Goldstein. It’s the deftly told story of a chaplain who encounters the traumas of life as he visits with those who are in the throes of experiencing them.

“Heal Us O Lord” expresses the challenges faced by chaplains in providing support during some of the most crucial and painful times of life without being enveloped by them personally. Rabbi Goldstein offers a source of encouragement and council for those whose lives might crave spirituality but do not know where to turn.

A candid and impressively informative memoir, “Heal Us O Lord” is an extraordinary and unreservedly recommended addition to personal reading lists, as well as synagogue, community, and academic library Contemporary American Biography in general, and Judaic Studies supplemental studies lists in particular. 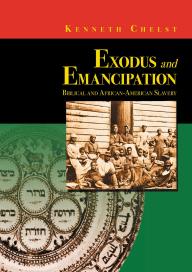 Synopsis: Presenting a new perspective on the saga of the enslavement of the Jewish people and their departure from Egypt, “Exodus and Emancipation: Biblical and African-American Slavery” by Kenneth Chelst (who received his rabbinic ordination from Rabbi Isaac Elchanan Theological Seminary of Yeshiva University) is study that compares the Jewish experience with that of African-American slaves in the United States, as well as the latter group’s subsequent fight for dignity and equality.

This detailed study dives deeply into the biblical narrative, using classical and modern commentaries to explore the social, psychological, religious, and philosophical dimensions of the slave experience and mentality. It draws on slave narratives, published letters, eyewitness accounts, and recorded interviews with former slaves, together with historical, sociological, economic, and political analyses of this era.

“Exodus and Emancipation” explores and examines with insightful detail the five major needs of every long-term victim and journeys through these five stages with the Israelite and the African-American slaves on their historical path toward physical and psychological freedom. This rich, multi-dimensional collage of parallel and contrasting experiences is specifically designed to enrich readers’ understanding of the plight of these two groups.

Critique: An impressively informed and informative work of seminal scholarship, “Exodus and Emancipation: Biblical and African-American Slavery” is an extraordinary and unreservedly recommended addition to both community and academic library collections. It should be noted for the personal reading lists of students, academia, and non-specialist general readers with an interest in the subject that “Exodus and Emancipation” is also available in a digital book format (Kindle, $7.99).