American Interests in the Holy Land: Revealed in Early Photographs from 1840 to 1940, By Lenny Ben-David, a Book Review

From former diplomat Lenny Ben-David, “American Interests in the Holy Land” assembles classic photographs dating back 180 years which give us a look at what life was once like in Israel.

Lenny Ben-David, the author of “Myths and Facts,” served as the Deputy Chief of Mission in Israel’s Embassy in Washington, D.C. for three years, and has consulted for foreign governments and corporations. He currently works as Director of Publications at the Jerusalem Center for Public Affairs.

This isn’t just another collection of old photographs. It’s a brief history of Israel over a set period of time. And the pictures here give us a wonderful glimpse into what the country was once like.

Just think about where you live, especially if it’s a big city. Take Manhattan for example. Think of its skyline today and just try to imagine how it looked like just 100 years ago. Now try to think of Jerusalem when the first structures were built outside of the Old City walls in the late Nineteenth Century, or even at the time of Israel’s independence. None of the outer neighborhoods existed yet. There were no high rise office buildings or hotels in what became its downtown area.

So if you are familiar with the streets of Jerusalem as they are today, then you will be thrilled to see them as they once were. The best example of this comes at the end of the book: A color photograph of Robert Kennedy standing in the middle of a busy King David Street in April 1948. This picture also graces the book’s back cover.

Kennedy visited the country as a reporter for the now defunct Boston Post. His reports on the situation were critical of the American government for not offering more support for the Jewish community there which was about to establish the Jewish State. Jerusalem was already under siege by Arab armies as the British were rushing to pull out. A last minute diplomatic effort was in the works to scuttle the U.N. partition plan which allowed for the establishment of Israel. America’s Secretary of State at the time, the much revered General George Marshall, was a part of that initiative which fortunately failed. 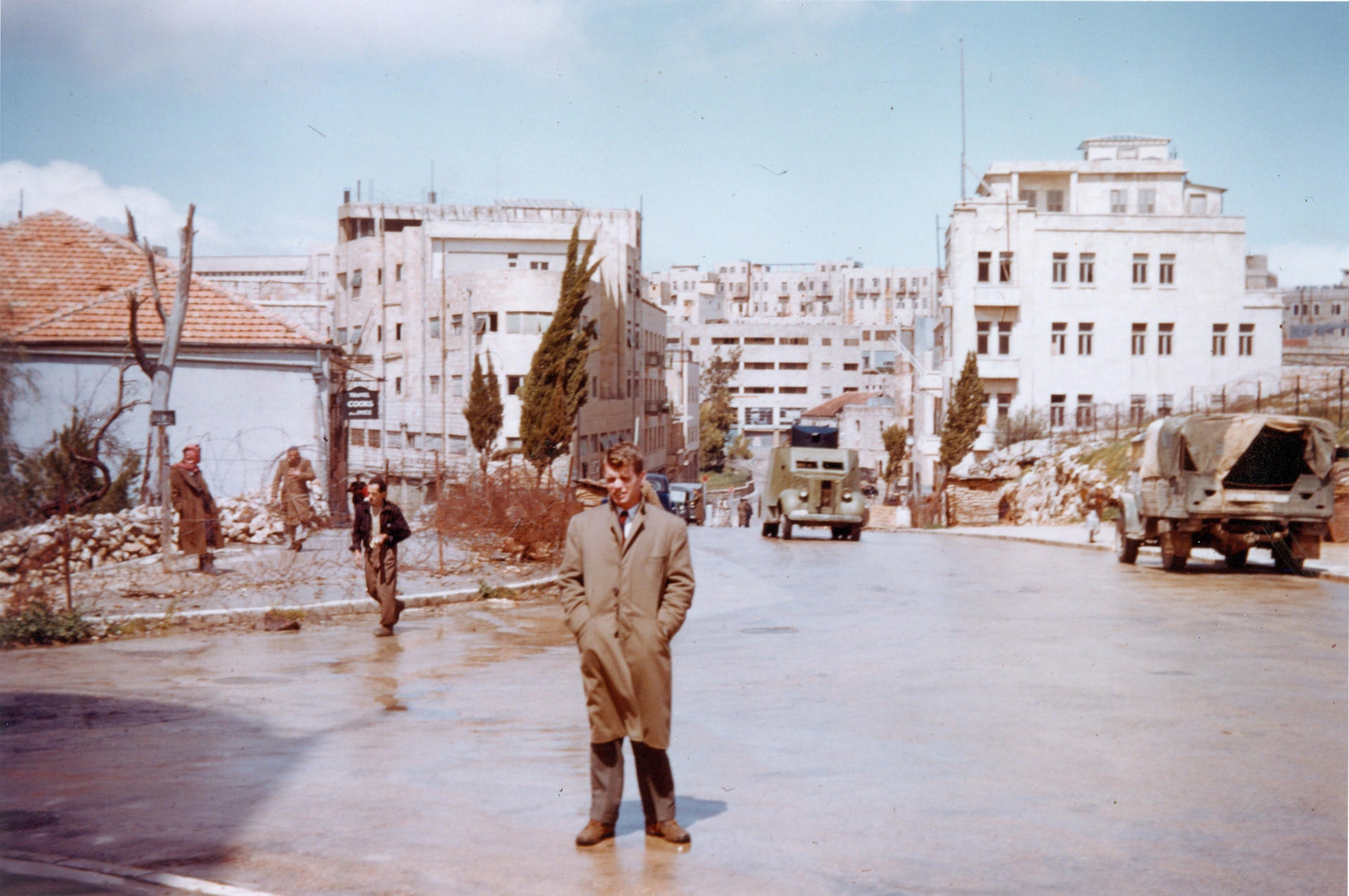 Robert Kennedy expressed admiration for the Jews and in a letter home and lamented the fact that the Arabs received so much international support writing, “I just wish they didn’t have that oil.”

Only 22 at the time, the future senator and U.S. Attorney General wears a winter coat. Spring must have come late that year. The photograph was taken only a month before Israel declared its independence. British military vehicles can be seen on patrol.

King David Street was then known as Julian Way. Jerusalemites will surely recognize the old buildings, which remain today, near what is now one of the busiest intersections of the city — where Jaffa Street comes to an end opposite the Jaffa Gate of the Old City at the site of the original City Hall building.

They will also notice what is missing: the luxury David Citadel Hotel and the new Mamilla luxury shopping Plaza which would be built 60 years later on the plot to Kennedy’s left. 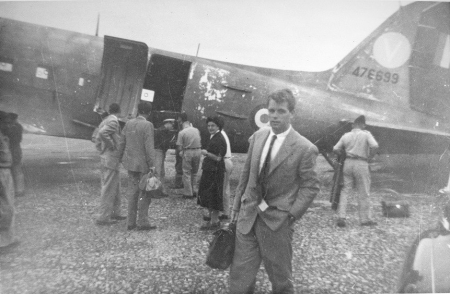 Chapter 3 tells the amazing story of a Nineteenth Century American preacher named Mendenhall John Dennis who was an avid photographer. He lived in the Holy Land in the mid-1800s. Dennis lived in America from 1860 until his death in 1900. Dennis was born Jewish in 1827 and his real name was Mendel Dinnes. In 1848 Diness’ father sent him to study in a yeshiva in Israel. But a year later he met a missionary and converted to Christianity.

This led to a divorce from his first wife and Dennis was shunned by his family back in Europe.

As much as this story may be painful for many Jews to learn, Dennis left behind an invaluable trove of photographs which give us a view of 19th Century Jerusalem. These were discovered decades after his death by his granddaughter’s grandson.

His photographs include several of the Western Wall and one stunning picture of Mishkenot Sha’ananim when it was first built. Also known as Yamin Moshe for Moses Montefiore who was behind its construction, this complex opened in 1860 and was the first Jewish settlement in Jerusalem outside of the walls of its Old City. The picture shows a lone structure standing on a hillside opposite the Jaffa gate, where today there are numerous buildings below it and the King David Hotel stands right next door.

Ben-David gives the reader brief histories as well. He tells the story of the American Colony neighborhood which was founded by American Protestant missionaries. There are also chapters on Ulysses Grant and Mark Twain’s travels to the Holy Land.

Israel is not the only place in the world whose photographs are collected here, though. Chapter nine is about a town in upstate New York which once built a small scale replica of the Holy Land. Pictures show what it looked like then and what it looks like now. It’s kind of like that silly tourist trap near Latrun called Mini-Israel where there are miniature models of the country’s landmarks.

There are also examples of Fourth of July celebrations held in Israel over the years, including one which came in 1918. That was the first year of British rule in the country.

The book ends with a preview of the upcoming book “World War One in the Holly Land.” It offers a few photographs of the British military in the country as it conquered the land of Israel from the Ottoman Empire.

So if you like old photographs, history, and books about Israel, you get all three with “American Interests in the Holy Land.” Keep it on the coffee table so you can regale your guests with its pictures.

American Interests in the Holy Land: Revealed Early Photographs from 1840 to 1940.
By Lenny Ben-David

This entry was posted on Tuesday, July 4th, 2017 at 12:00 pm and is filed under Miscellaneous. You can follow any responses to this entry through the RSS 2.0 feed. You can leave a response, or trackback from your own site.