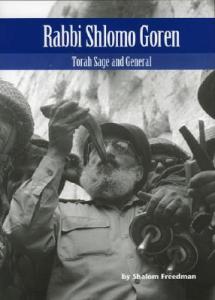 There are few people that have influenced Israeli and modern Jewish history as strongly as famed IDF Chief Rabbi Shlomo Goren who passed away 20 years ago. The biography “Rabbi Shlomo Goren: Torah Sage and General,” by Shalom Freedman presents a fascinating portrait of his life and a moving description of the values that he stood for.

“Torah Sage and General” details Rabbi Goren’s life describing how he took part in some of Israel’s most crucial moments.  The cover of the book even displays perhaps the most famous photo of Rabbi Goren blowing the shofar when he was present at the liberation of the Western Wall, during the Six Day War in 1967.

Rabbi Goren was one of the first people to race to the Cave of the Patriarchs in Hebron when the Israeli army captured it in 1967.  Pushing himself to be the first to reach these holy sites was typical of Rabbi Goren.

“Rabbi Goren was one of those people who seemed to know no fear for his personal safety.  In fact, his life is studded with heroic acts in which he volunteered to do-at great personal risk – what others were reluctant to do.  During and after the Israeli War of Independence, and in fact through a period of close to twenty-five years, he risked his life to recover the bones of soldiers for proper burial,” the author writes.

Towards the end of his life, Rabbi Goren came out against the Oslo Accords and advocated for retaining control of the entire Land of Israel.  He was not afraid to stand up for what is right, even if it put him at odds with powerful people, even people that he cared for, such as Prime Minister Yitzchak Rabin.

END_OF_DOCUMENT_TOKEN_TO_BE_REPLACED

As a synagogue rabbi attending to the dying and their anxious family members, I often received questions about what happens after death.

Most of us have certainly wondered whether there is life after death or the nature of heaven and hell. In her fascinating and well-researched book, Journey to Heaven: Exploring Jewish Views of the Afterlife, noted scholar Dr. Leila Leah Bronner brings to light the Jewish sources on what happens after we die.

Interested in what Judaism has to say about the afterlife, Bronner begins her in-depth exploration with the Bible. “I have long taken issue with the general consensus among scholars that the Bible does not deal in any significant way with the concept of an afterlife,” writes Bronner in the introduction.

Journey to Heaven starts with the cryptic passage from Genesis, “Enoch walked with God; then he was no more, for God took him” (5:24). Where did the Lord take Enoch? Early on, the Bible seems to reject the finality of death and suggests some kind of continuity beyond the grave. Later Biblical prophets including Daniel, Ezekiel and Isaiah also describe the dead returning to life, and resurrection as a reward for the righteous.

Each chapter of Journey to Heaven is devoted to a different time period, demonstrating the progression of Jewish thought on the subject of the afterlife throughout the ages. While the Bible only makes subtle references to life after death, the Talmud explicitly discusses the topic at length. Although she comes from the world of academia, Dr. Bronner explains in an accessible and clear manner the difference between Jewish ideas of the “Garden of Eden,” the “World to Come,” and “Gehinnom.”

END_OF_DOCUMENT_TOKEN_TO_BE_REPLACED

Rabbi Joseph Polak, author of After the Holocaust the Bells Still Ring, was interviewed on Radio Boston with Meghna Chakrabarti.

Among many questions, Rabbi Polak was asked about his memories of the Holocaust.

“The early memories are impressionistic. The poplar trees stir something in my body…even now, that I know comes from there. So, do I have visual memory of it? No. But the first time I saw poplar trees, certainly in Europe, I knew that this was associated with the Holocaust. It took me years to figure out what it was…They were part of the topography of Westerbork. And Westerbork is at the youngest point of my childhood in the Holocaust.”

He was also asked what he thinks child survivors of the Holocaust should have been told.

“What I think they should have said was, ‘Yes, you feel something. Yes, your body remembers something.’ That would have been very helpful…And this did not come just from one person in my life. It was universal. Whenever you met an adult survivor and you started talking about the Holocaust, they said, ‘Oh, you don’t remember anything. Thank God you were a child. Thank God you were a child.’ And I have these conversations with Eli Wiesel, thank God I was a child? Eli Wiesel was 14 when he was taken to the camps. I said, ‘You had 14 fabulous years with your family. You had a wonderful family, you were at your grandparents’ house, you’re at your parents’ house. It was a happy, warm family.’ I had three months with my family, and then I was taken to Westerbork and to Bergen-Belsen. I had nothing. And my group of survivors really, really suffered, sometimes to the point of madness in adult life, because of this.”

The final question was geared toward his views on forgiving the perpetrators of the Holocaust.

You can listen to this fascinating interview, and read more about it, here.

Though I have obviously never been pregnant myself, I have had the blessed opportunity of going through the miraculous process alongside my incredible wife four times in the last decade. For some expectant parents, it is the physical changes that are the focus of pregnancy – the nausea, the aches and pains, late night ice cream cravings and ah, those fun hormonal changes.

But for many righteous women, pregnancy is a precious opportunity for an enhanced spiritual connection with God, a topic beautifully elaborated upon by Chana Weisberg in the book Expecting Miracles: Finding Meaning and Spirituality in Pregnancy Through Judaism.

During her first two pregnancies, Weisberg found a lack of spiritual literature relating to pregnancy so she set out to fill the void with Expecting Miracles. Bursting with personal stories of Godly women who used their pregnancies as an opportunity to reflect, the book connects women to God and grow spiritually.

Weisberg shares the intimate details of her own spiritual journey from Indonesia to Jerusalem, from a secular life to a deeply religious one. However, the book focuses on interviews with 24 mothers living in Jerusalem. These women include mothers, midwives and educators – each with their own personal experience and take-home message.

As one expecting mother put it, “I felt very fulfilled during pregnancy. Even if I wasn’t doing anything else in the world, just walking around with this baby inside of me gave me a lot of confidence. I felt full of self-worth.”

Expecting Miracles is arranged by topic and deals with many big issues that couples face during pregnancy including the work-life balance, birth control, family planning, large families and prenatal screening. END_OF_DOCUMENT_TOKEN_TO_BE_REPLACED

Congratulations to The Soul of Jewish Social Justice and On the Relationship of Mitzvot Between Man and His Neighbor and Man and His Maker, both finalists in the 2014 National Jewish Book Awards. 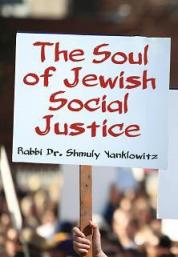 The Soul of Jewish Social Justice by Rabbi Shmuly Yanklowitz  is a finalist for Contemporary Jewish Life and Practice.

On the Relationship of Mitzvot Between Man and His Neighbor and Man and His Maker by Daniel Sperber is a finalist for Modern Jewish Thought and Experience: the Dorot Foundation Award in Memory of Joy Ungerleider Mayerson.

You can read more about the Awards and other finalists here.

The public is invited to attend the

Will be speaking on

The Talmud—the massive, comprehensive work studied and expounded on by traditional Jews for nearly 2,000 years—is the core of rabbinic Judaism.  It records discussions by thousands of rabbis over hundreds of years on Jewish law, ethics, philosophy, customs, lore, and history.  Unlike other Talmudic dictionaries, Find It in the Talmud is written especially for the English speaker not fluent in the original Hebrew and Aramaic.  Calling itself  “an encyclopedia of Jewish ethics and conduct,” it is also a concordance, using the traditional citation system of tractate and page number.  More than 6,000 concepts and terms are listed alphabetically in English with the location, and (usually) the original translation.  Many entries include a definition, explanation, or allegory.  Examples include “Be accurate: R. Gamliel said: ‘Do not estimate, do not guess, but be accurate.’ (Avot 1:16)”; and “Yavne: There were four people in Yavne who could speak seventy languages. (Sanhedrin 17b).”  The introduction and later sections provide overviews of the order and development of the Talmud and its major personalities, expressions, and abbreviations.  Judovits, a retired businessman and long-time Talmud student, includes endorsements for his work from local rabbis and scholars.

This review appears in the January 2015 issue of CHOICE Magazine 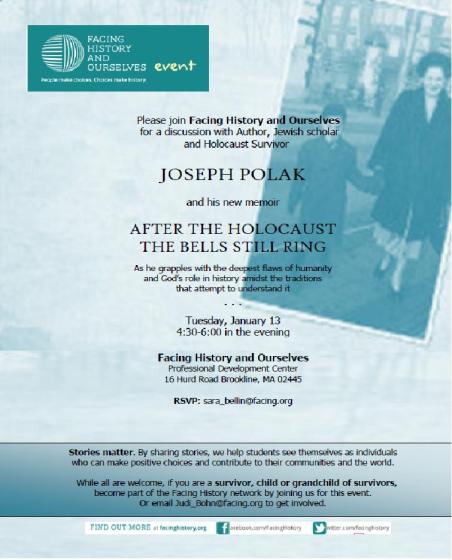 Shock and tragedy. Those are the first two of so many words that follow when looking back at the murder of four rabbis on the 25th day of Cheshvan 5775: Rabbi Avraham Shmuel Goldberg, Rabbi Aryeh Kupinsky, Rabbi Kalman Ze’ev Levine, Rabbi Moshe Twersky, all of blessed memory and H”yd.

This past week my dear friend and neighbor Kenny Fliegelman and Leiby Zupnik of Judaic Plus in Cedarhurst brought to my attention a recently composed anthology and tribute to these four men by their neighbor Rabbi Daniel Yaakov Travis, entitled “Living On: Messages, Memories and Miracles from the Har Nof Massacre” [Feldheim Publishers]. This week’s essay consists of several quotes from this heartfelt tribute.

From the introduction, written by some of the most prominent rabbis of our time who were familiar with the martyrs:

“On the 25th of Cheshvan 5775, four kedoshim were killed, wearing tallis and tefillin, in Beis Hakenesses Kwhilat Bnei Torah in Jerusalem’s Har Nof neighborhood. All Klal Yisrael mourned the untimely passing of these four tzaddikim and strengthened themselves in chessed, unity, Torah, prayer, and many other areas. It is important that we do all we can to preserve the momentum that this tragic incident has generated.

“Rabbi Daniel Yaakov Travis, Rosh Kollel of one of the kedoshim, and a friend and neighbor of all of them, has taken upon himself the task of maintaining the momentum spurred by this event. Following a tragedy of this magnitude, many people are seeking direction and meaning in what took place. END_OF_DOCUMENT_TOKEN_TO_BE_REPLACED