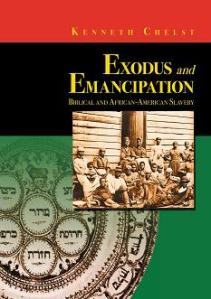 The Eve of Emancipation

The Passover night of expectation has an interesting Civil War parallel: the eve of the confirmation of the Emancipation Proclamation. On September 22, 1862, Lincoln announced a preliminary proclamation and gave one hundred days’ notice that a final proclamation would cover designated states and parts of the states of the South still in rebellion on January 1, 1863. The legality of this war measure was not clear. Many feared that Lincoln would change his mind or delay because of pressures from a variety of sources, including politicians in four border slave states that had not seceded from the Union. Churches in abolitionist strongholds in the North held vigils on New Year’s Eve, singing and praying that Lincoln would stay the course. Blacks placed candles in the windows of their homes. Early on New Year’s Day a large crowd of abolitionists gathered in Boston’s Music Hall. The event included many of America’s greatest poets of the day, including John Greenleaf Whittier, Henry Wadsworth Longfellow, and Ralph Waldo Emerson, who read his poem “Boston Hymn.” In the evening a crowd gathered at Tremont Temple in Boston still waiting to hear affirmation of the original proclamation. Frederick Douglass recounted the scene:

Every moment of waiting chilled our hopes, and strengthened our fears. We were waiting and listening as for a bolt from the sky, which would rend the fetters of four million slaves; we were watching, as it were, by the dim light of the stars, for the dawn of a new day; we were longing for the answer to the agonizing prayers of centuries. Eight, nine, ten o’clock came and went, and still no word. A visible shadow seemed falling on the expecting throng. “It is coming!” “It is on the wires!” Joy and gladness exhausted all forms of expression from shouts of praise, to sobs and tears.

That same afternoon in the District of Columbia, the black community awaited the publication of that day’s Evening Star so they could read Lincoln’s proclamation. Reverend Henry Turner of Israel Bethel Church tore off a section of the newspaper with the proclamation and ran headlong through the streets to his church while he waved the piece of paper over his head. After an emotional reading in the church, “great processions of colored and white men marched to and fro and passed in front of the White House and congratulated President Lincoln who appeared at a window and acknowledged them by bowing.”

The celebrations in Boston were far removed from the nearest slave affected by the proclamation. The slaves of Washington, D.C., were also not covered by the proclamation, since they had already been freed on April 16, 1862, which they formally celebrated en masse three days later. One January 1 celebration in the South took place on the Smith plantation in Port Royal, South Carolina, which served as the state headquarters of Colonel Thomas Wentworth Higginson. He described his group’s January 1 celebration:

The colors were presented to us. The very moment the speaker had ceased, and just as I took and waved the flag, there suddenly arose a strong male voice, into which two women’s voices instantly blended, singing as if by an impulse that could be no more repressed than the morning note of the song-sparrow,

My Country, ’tis of thee,

Of thee I sing!

Firmly and irrepressibly the quavering voices sang on, verse after verse; others of the colored people joined in. I never saw anything so electric; it made all other words cheap; it seemed the choked voice of a race at last unloosed. Just think of it! – the first day they had ever had a country, the first flag they had ever seen which promised anything to their people, and here, while mere spectators stood in silence, waiting for my stupid words, these simple souls burst forth in their lay [song], as if they were by their own hearths at home!

The Emancipation Proclamation set in motion events that led to the demise of slavery. Its immediate impact, however, was limited to the psychological and political lift it gave to the forces of abolition, especially to former slaves. In practical terms it freed no slaves until Union forces overran designated sections of the South that had been in rebellion on January 1, 1863. Slaves in cities and towns were more often the first to hear the news, as these were frequent targets of Union advances, and garrisons were left behind to enforce the new order. For some slaves, the first hint that things were changing could be sensed in the hushed whispers of their masters and mistresses. This might be followed several days later by the sight of bedraggled Confederate forces retreating from the Union army. Finally, as Union forces overran cities, towns, villages and plantations, word of emancipation spread. Word of the proclamation, however, took years to reach many slaves, and some on remote plantations slaves did not hear of it until long after the war was over. The most famous delay occurred in Texas. General Gordon Granger arrived at the port of Galveston almost two and a half years after the proclamation had been issued. His arrival on June 19, 1865, celebrated today as Juneteenth, brought word of emancipation that spread quickly throughout Texas.

Booker T. Washington was nine years old when official word of the proclamation reached his slave plantation in Virginia in 1865. He wrote:

Freedom was in the air, and had been for months. The “grape-vine telegraph” was kept busy night and day. The news and mutterings of great events were swiftly carried from one plantation to another. As the great day drew nearer, there was more singing in the slave quarters than usual. Now they gradually threw off the mask, and were not afraid to let it be known that the “freedom” in their songs meant freedom of the body in this world. The night before the eventful day, word was sent to the slave quarters to the effect that something unusual was going to take place at the “big house” the next morning. There was little if any sleep that night. All was excitement and expectancy. The most distinct thing I now recall was that some man who seemed to be a stranger (a United States officer, I presume) made a little speech and then read a rather long paper – the Emancipation Proclamation, I think. After the reading, we were told that we were all free, and could go when and where we pleased. My mother, who was standing by my side, leaned over and kissed her children, while tears ran down her cheeks. She explained to us what it all meant, that this was the day for which she had been so long praying, but fearing that she would never live to see. For some minutes there was great rejoicing and thanksgiving and wild scenes of ecstasy.

One powerful image of the moment of freedom is captured in an illustration of a black soldier reading the Emancipation Proclamation in a slave home (Illustration 20). Other slaves received the message from representatives of the Freedmen’s Bureau, or from local clergy who spread the word. Some were told, ironically, by aggressive planters who were seeking to “hire” new workers to fill recently created gaps in their workforce. Often, no matter how word of the proclamation arrived, slaves could not believe that their freedom was upon them until after the master of the house himself had delivered the message. These slaves “viewed their masters as the primary source of authority – the provider, the protector, the lawmaker and the enforcer, the judge and the jury.” For them there could be no truth unless confirmed by their masters. At times the impact of the message would wax and wane with the fortunes of the Union army, as it won and lost control of various regions from the Confederate forces. Ambrose Douglass, a North Carolina slave, recalled, “I guess we musta celebrated ’Mancipation about twelve times in Harnett County. Every time a bunch of No’thern sojers would come through they would tell us we was free and we’d begin celebratin’. Before we would get through, somebody else would tell us to go back to work, and we would go.”

The most unusual celebration of freedom occurred in Charleston, South Carolina, after it fell to Union forces in March 1865. Four thousand black men and women paraded to the cheers of ten thousand more. The parade included a processional that recreated the walk of a group of slaves to the auction block. Two women were seated on the wagon and a group of sixty walked behind in chains. A mock slave auctioneer shouted, “How much am I offered?” A cart carrying a coffin with the words “Slavery is dead” inscribed on it followed this group.

Once the message of emancipation had sunk in, the immediate reaction of newly freed slaves covered a wide gamut, as described by Leon Litwack in Been in the Storm Too Long. These diverse reactions paralleled the varied life experiences of the slaves who lived under dissimilar types of masters and slave drivers in cities, towns, farms, and plantations in different regions of the South. On some farms and plantations, the slaves turned on their masters, while on others the former slaves lived, in part, up to the image of the dutiful servant content with his lot. On still others freed slaves simply left their homes and went in search of relatives sold off to parts unknown. Turning on their masters took a multiplicity of forms: destruction of property, especially symbols of slavery (the Big House, cotton gin, slave pens, and cotton house), theft justified as compensation for past labor, or occasionally a mock trial and punishment of a master or slave driver. Those who turned on their masters and occupied dwellings that had been abandoned found that “to sleep in the master’s bed and eat at the dining room table with the family silver and china was a novel and exhilarating experience.” In contrast, Colonel Higginson was surprised that the black soldiers under his command did not display “feelings of affection or revenge towards their former masters and mistresses.” However, as Litwack points out, the blacks responding to questions about their attitudes “were torn between what they really felt and what they thought white reporters wanted to hear.”

This entry was posted on Monday, January 16th, 2012 at 11:56 am and is filed under Excerpts. You can follow any responses to this entry through the RSS 2.0 feed. You can leave a response, or trackback from your own site.